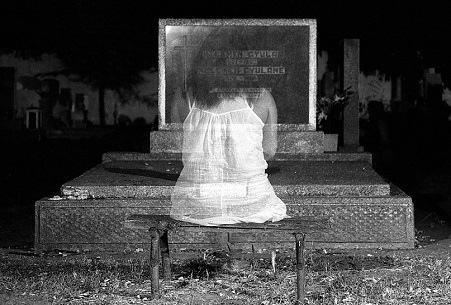 I think my printer is haunted.

Now I’ll admit, I’m not exactly tech savvy.  I just pretend to be because I used to write about API’s, DPI’s, FPI’s, and other mind-numbing acronyms ending in “PI” for a high tech company.  My client, who had every geek gizmo ten minutes after it appeared on the market, took great delight in lampooning my clamshell cell phone — you know the kind that flipped open, was thicker than a roll of quarters, and weighed as much as a cantaloupe.

But I figured I was the smart one: I only paid $19.99 per month to contact other Human beings via my cell (which was a testament to the manufacturing genius of Motorola. I mean, dropping that dinosaur into the toilet could not kill it!)

My printer is haunted!

To fully appreciate the magnitude of this trauma, you need to understand that “The Fiend” went rogue only 10 weeks after I purchased it.  No matter what the bozos in Tech Support told me to do, my printer refused to cough up Chapter Five of the Fantasy novel I’ve been writing.

Then the Head Tech Bozo (who was reading from a script) claimed that my computer cable must be interfering with the natural order of his printer.  Nevermind that I’d already tried two computer cables, thereby proving that cables weren’t the issue. He INSISTED that all the cables that I could possibly purchase in my hometown were problematical, and that he must mail me a replacement.

(Was my cable being shipped to Texas by way of NEPTUNE?)

It was Thursday night.  I was sitting alone in my living room, minding my own business, and watching my favorite television series (Vampire Diaries).

Suddenly, my freaked-out cat came tearing down the hall.  His jade-colored eyes were as big as kiwis.

‘Uh-oh,’ I thought.  ‘What did the little stinker do this time?’

Fearing the worst — a bug infestation — I did what any able-bodied Texas female would do:  I grabbed a can of Raid and a baseball bat.

(Hey, roaches are as big as hummingbirds in Texas.  I kid you not!)

As my ferocious watch-cat cowered under the couch, I crept valiantly through the darkness and the dust bunnies, following that mysterious clackety-clacking down the hall, through the living room, toward the office where I write my books.

As I paused on the threshold, the shrieks of dying werewolves blaring from my TV, all kinds of horrific visions assailed my brain. I imagined that a giant wood roach was gnawing on my desk — or worse, that it was defecating on the only printed copy of the novel that I’m writing.  And that really ticked me off.

Prepared to defend my precious manuscript, I flipped on the light.

Imagine my surprise.  On my desk sat Old Faithful, my computer, completely shut down and switched off.  But my freaky printer had turned itself on and was spewing out Chapter 5.

(Picture Adrienne’s flesh prickling to the strains of Twilight Zone.)

‘Well, whaddaya know?’ I thought.  ‘Maybe that useless piece of junk isn’t so useless after all.’

So I printed a photo of Ian Somerhalder (just to test The Fiend, of course), grabbed a pint of cookies-‘n-cream from the freezer (to soothe the cat, silly), and returned to my living room to watch Elijah get staked for the umpteenth time on Vampire Diaries.

(I mean, honestly.  As much as I adore watching actor Daniel Gillies portray the character of Elijah as a suave sophisticate with a hint of emotional vulnerability, how STUPID can a 1,000 year-old-vampire be?)

Over the next few weeks of my (otherwise uneventful) writers life, I struck a truce with my printer — which I dubbed HAL.  I discovered that if I rebooted him EVERY SINGLE TIME I wanted to print a document, HAL would spit one out.   And it was usually the document I wanted.

Saturday started like any other. I was sitting alone in my home office, minding my own business (again), and writing the next chapter in my novel. HAL loomed at my elbow, his green light glowing to indicate he was on.  (All that cheerful greenness was the ruse of a psychotic processor.  You know that.)

Suddenly, without warning, HAL spit out something metallic.  It went speeding across the room, ricocheted off a lamp fixture (nearly decapitating me), then buried itself in the ever-frolicking, ever propagating, army of dust bunnies.

Next, HAL made a horrific grinding noise, crumpled sideways, and expired.

HAL has refused to resuscitate ever since.  (And I really don’t think a jury of my peers would convict me for that teensy-weensy swing of the baseball bat.)

Yep. I’m pretty sure my printer has a poltergeist.

Does anyone know a cheap exorcist? 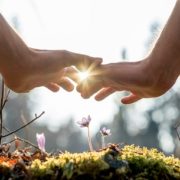 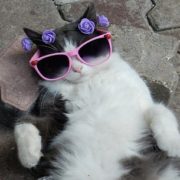 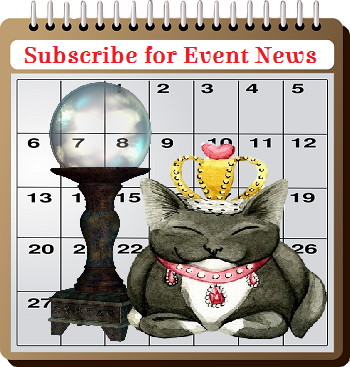 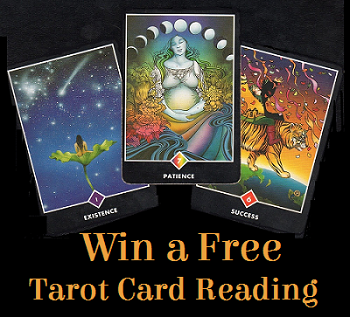 Haunted Pizza: Tales of Terror (Sort of) from my Favorite Restaurant

7 Steps for Harnessing the Law of Attraction
Scroll to top